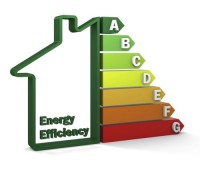 Yet another academic gathering, and yet another person suggesting ‘energy efficiency really is a waste of time, because if people save money on their residential energy bills, they’ll just go and spend it on an international flight instead’. This argument is based on the rebound effect – which is variously defined – but whose central claim is that energy efficiency will inevitably lead to lower energy savings than predicted, because the money saved will be spent on other goods or services in which energy is embedded.

So why, to a supporter of energy efficiency, does this argument feel so frustrating? In part it is because there is some truth in it.  The rebound effect is theoretically established, and has been measured empirically in some situations – we know it exists. But this truth is then exaggerated to make claims far beyond the evidence for the nature and scale of actual rebound effects. 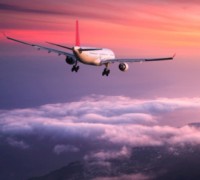 It is striking that the rhetorical example used is always air travel – high energy, high status and highly damaging to the climate beyond just carbon emissions from jet fuel. Nobody is ever imagined to spend their money from energy saving by putting PV on their roof, and thereby multiplying the energy or carbon saving effects of energy efficiency.

By contrast, people who invest in non-cost-effective efficiency measures, are not congratulated on the number of transatlantic flights they have avoided, by redirecting their expenditure to, say, solid wall insulation. A back of the envelope calculation, shows that if we consider this reverse rebound effect (the dnuober effect?), the rather expensive solid wall insulation in my home will deliver tens of times more carbon and energy savings from flights avoided, than through savings of heating energy. Is this counterfactual more or less sensible than the opening proposition? 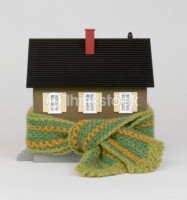 There are other ways in which the rebound effect is misused. It is conflated with the design-performance gap in buildings, which can lead to higher than predicted energy use, and with psychological phenomena including moral licensing. These phenomena too may cause energy savings predictions to be lower in reality than in theory – but their causes are quite different, as are the remedies to maximise savings.

At the conclusion of my paper, I hope to be able to convince those worrying about the adopters of LED lighting and their propensity to jump on planes, that their concerns are largely misplaced, and that energy efficiency really is an important route to delivering energy and carbon savings.

Tina  Fawcett has worked in energy and energy policy research for twenty years. She investigates energy use by households and organisations, and uses a multi-disciplinary approach to understand current patterns of use and to identify opportunities and policies for reducing energy use and carbon emissions. Her work is funded by UKERC, the Centre for Research into Energy Demand Solutions and other EU and UK sources.

Read Matt Lipson’s Blog  Could energy services help us build an energy system people will want to pay for ?