Looking to 2020: what should the incoming government’s energy policy priorities be?

On March 25th   Energy Futures Lab  at Imperial College London,  BIEE  and the UK Energy Research Centre (UKERC),  will be running a joint meeting to debate the energy policy manifestos of the main political parties ahead of the general election on May 7th.  The format will be short introductory remarks from panel members followed by a panel debate with Q&A , concluding with a drinks reception, kindly hosted by Energy Futures Lab,  Imperial College London.

Charles Hendry has been Conservative Member of Parliament for Wealden since 2001 and was Minister of State for Energy from May 2010 until September 2012.  He was previously the Conservative Party’s spokesman on energy issues, holding the portfolio longer than any previous Minister. The Prime Minister has appointed him as his Trade Envoy to Azerbaijan, Kazakhstan and Turkmenistan.  Since leaving Ministerial office, he has been appointed as a Visiting Professor at the University of Edinburgh (in both the Business School and the Academy of Government).   He is advising the Energy Secretary, the Rt Hon Ed Davey MP, on ways to drive up UK content in the oil and gas industry.  Charles is President of the British Institute of Energy Economics; of the fuel poverty charity, National Energy Action and an Honorary Fellow of the Energy Institute.  He is also President of the Advisory Board of the Russo-British Chamber of Commerce. 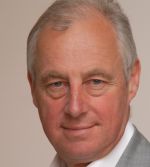 Tim Yeo has been Chair of the Energy and Climate Change Committee since 2010 and MP for South Suffolk since 1983. He was a member of the Thatcher and Major Governments, serving in the Home Office, Foreign Office, Department of Health and Department of the Environment, latterly as Minister of State for the Environment and Countryside.

Tim was a member of the Shadow Cabinet from 1998-2005 shadowing Agriculture, Culture, Media and Sport, Trade and Industry, Health, Education, Environment and Transport successively. He was Chair of the House of Commons Environmental Audit Select Committee from 2005-2010. 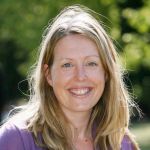 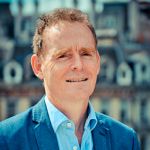 Matthew has been director of Green Alliance since May 2010 and has 30 years experience of UK and international environmental issues.

Prior to Green Alliance, Matthew was Head of Government Affairs at the Carbon Trust; Campaign Director at Greenpeace UK and founder and Chief Executive of the renewable energy agency Regen SW, where he developed Wave Hub, the world’s first proving ground for wave energy farms.

He read Environmental Biology at Liverpool University and spent the early part of his career working on tropical forest conservation. 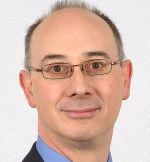 Jeremy Nicholson is Director of the Energy Intensive Users Group, which campaigns for secure, competitive energy supplies for UK industry. He trained as a civil engineer, specialising in infrastructure and regulatory projects for utilities and their regulators before joining the EIUG in 2000. He is a Board member of IFIEC Europe (the International Federation of Industrial Energy Consumers), a member of Ofgem’s Sustainable Development Advisory Group and a Fellow of the Energy Institute.