This seminar will look at what has been, by all accounts, a rather eventful year for natural gas.  Geopolitical events in Ukraine have highlighted Europe’s dependence on Russian supply, leading to several commentators to call for energy security to be of greater importance in state policies and to increase natural gas import options. Concurrently, a deal was finally reached to supply China with Russian gas for years to come with many asking if Russia is shifting its attention to Eastern markets. The seminar will cover what effect these events will have on European and Global gas markets (both supply and demand), along with any new technology that may help improve the resilience of countries relying on the fuel.

As well as speakers from gas producers and suppliers, we will hear the assessment of prospects for natural gas from a leading energy trader and the short-term UK gas outlook from National Grid.  This annual gas-themed seminar traditionally attracts a strong audience and so the event allows generous time for an open discussion. 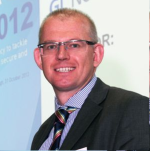 Marcus has two decades of experience in gas and electricity networks, having held management posts in a wide variety of areas within National Grid.  He leads National Grid’s work on future Energy Supply and Demand, developing scenarios to understand the future systems needed for heat, power and transport. Marcus also chairs the Gas Futures Group of the Energy Networks Association.

Teddy Kott is Head of Global Gas Analysis for EDF Trading, a subsidiary of the EDF Group.  Headquartered in London, EDF Trading is one of the largest participants in global power, gas, coal, freight and environmental markets. Teddy is responsible for developing fundamental analysis and market views of North American gas, European gas, and LNG. Prior to joining EDF Trading in 2011, Teddy directed energy research at LCM Commodities, an independent brokerage in New York.  He previously analyzed energy and emissions markets at Lehman Brothers.  Teddy holds a BA in Public Policy and American Institutions from Brown University and a Master of International Affairs from Columbia University’s School of International and Public Affairs.

Prior to joining BP in 2006, Mr. Drebentsov had worked as Senior Economist at the World bank (1993-2006) and as Senior Research Fellow at the Institute for US and Canadian Studies, Russian Academy of Sciences (1982-1993).

Mike Bradshaw’s academic background is in human geography. He competed his undergraduate training at the University of Birmingham (BSc) and he has an MA from the University of Calgary (Alberta) and he gained his PhD at the University of British Columbia. He works at the interface between economic and political geography, energy studies and international relations. He is a Fellow of the Royal Geographical Society (and past Vice President) and an Academician of the Academy of Social Sciences.

Prof. Bradshaw’s research has focused on the geopolitical economy of global energy. For almost 20 years he has studied the development of the Sakhalin oil and gas projects in Russia’s Far East. This has led to research on energy security in northeast Asia. He is currently examining Russia’s plans to develop its liquefied natural gas (LNG) industry. From 2008 to 2011 he was engaged in a programme of research examining the relationship between energy security, globalization and climate change, funded by a Leverhulme Trust Major Research Fellowship. In October 2013 Polity Press published his book entitled Global Energy Dilemmas. He is currently completing a research project on Global Gas Security that is funded by the UK Energy Research Centre (UKERC). He plans to continue his research on the global geopolitical economy of the gas industry and is now working on the prospects for the development of shale gas in the UK and Europe (he is involved in a Pan European project on shale gas). He also plans to continue research on North American fossil fuel abundance and the global geopolitics of fossil fuels with further support from UKERC.

Attendees should come to the Tower Reception in the Shell Centre ( entrance opposite the London Eye) with their regisration confirmation. Photo ID will be required by Shell reception to gain admission to this meeting. The meeting will be held in Room T1461.
Registration is from 14.00 , the meeting starts  at 14.15  and finishes at 17.30. Refreshments will be served after the meeting.

BIEE members may bring a guest but  you  must register  their details when registering on Eventbrite  if you wish to do this. Duplicate bookings on Eventbrite will be deleted.