Our fifth Future of Energy Lecture will be given by Steve Holliday, former CEO of National Grid on May 16th . In his talk Steve will discuss the role of government in the energy transition, arguing that  what the sector  needs  is a sense of direction from government, rather than too firm a regulatory framework that will result in limitations rather than liberations.

Wind, solar, storage…plummeting costs and commercial innovation are now driving the transition as much as, if not more than, international political agreement.The adoption of wind and solar has pushed generation deep into the distribution networks. Thousands of distributed energy resources and disruptive technologies, giving more control to those customers who want it.But Britain’s new energy age faces very real challenges – policy shortfalls, political risk, the trust deficit and a skills crisis – all of which call for brave and determined leadership. 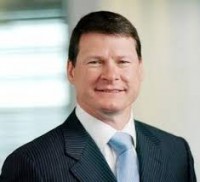 Steve joined National Grid Group as the Board Director responsible for the UK and Europe in March 2001, becoming Chief Executive of the company in January 2007, which he led for almost 10 years, until 2016.

Prior to joining National Grid, he was on the Board of British Borneo Oil and Gas and was responsible for the successful development of its international businesses in Brazil, Australia and West Africa. Steve spent much of his early career with Exxon, where he held senior roles in refining, shipping and international gas.

Steve is a Fellow of both the Royal Academy of Engineering and the Energy Institute. From 2012 to 2014 he was also appointed as a National Ambassador for HRH The Prince of Wales, and served as lead Non-Executive director with DEFRA from 2016 until the end of 2017. Steve served on the board of Marks & Spencer as  Independent Non-Executive director from 2004 – 2014.

Steve holds a BSc degree from Nottingham University and honorary doctorates from Nottingham and Strathclyde universities. His sporting interests include following the fortunes of the England Rugby team.

The meeting was held in the Dining Room on the lower ground floor at the Royal Society. Registration will start outside the meeting room at 17.00 and tea will be available on arrival. The lecture including  Q&A  will run for an hour  and will be followed by a drinks reception at 18.30.

This event has been certified for CPD purposes by the CPD Certification Service. Self-Assessment Record forms will be made available for delegates wishing to record further learning and knowledge enhancement for Continuing Personal and Professional Development (CPD) purposes. For delegates who wish to obtain a CPD Certificate of Attendance, it is the responsibility of delegates to register their details with a  BIEE  representative at the end of the event and a certificate will be sent within 28 days of the date of the event attended by the CPD Certification Service.  If a delegate fails to register their details at the event, it will not prove possible to issue a certificate.  For queries relating to CPD Certificates of attendance after a request please phone 0208 840 43830208 840 4383 or email info@cpduk.co.uk