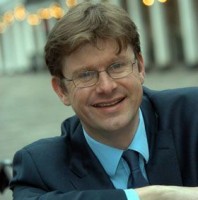 Born in Middlesbrough in 1967, Greg attended the local St Peter’s Comprehensive, South Bank. He went on to study Economics at Cambridge University and was awarded his PhD at the London School of Economics. Before entering politics, Greg worked for the Boston Consulting Group, one of the world’s top business strategy firms, and was posted to the USA, Mexico, South America and Iceland, as well as working for clients in the UK. Greg was Special Advisor to the Secretary of State for Trade & Industry – the Rt Hon Ian Lang MP – from 1996 until the General Election in 1997. Subsequently, he was appointed the BBC’s Controller, Commercial Policy. Before becoming an MP, Greg was Director of Policy for the Conservative Party from March 2001 for three successive Leaders – William Hague, Iain Duncan Smith and Michael Howard – before being elected to Parliament for Tunbridge Wells in 2005. Greg was appointed as Shadow Secretary of State for Energy and Climate Change in October 2008, having previously been Shadow Minister for Charities, Social Enterprises and Volunteering. Greg was responsible for two landmark policy papers in Energy and Climate Change policy: “The Low Carbon Economy” and “Rebuilding Security”, which set out how a Conservative Government will make Britain a leading player in the low carbon economy.

This event has been certified for CPD purposes by the CPD Certification Service. Self-Assessment Record forms will be made available for delegates wishing to record further learning and knowledge enhancement for Continuing Personal and Professional Development (CPD) purposes.CPD or Continuous Personal/Professional Development is the term given to the continuation of learning through knowledge enhancement and is a mandatory or recommended requirement for many professions. Many employing organisations also have CPD schemes in place for their employees.  Many professionals and employees are required to fulfil an annual CPD target, which is usually stipulated as a minimum number of hours.  More information can be found here

The meeting  will  be held in the  Lecture Theatre on the ground floor at the Institution of Mechanical Engineers, One Birdcage Walk in Westminster.  Registration will take place from 17.00 in the Marble Hall and Gallery on the Lower Ground Floor  where tea will be also be available. The lecture including questions will run for an hour  and will be followed by a drinks reception in the Marble Hall at 18.30.