In a matter of just a few weeks international climate talks will get underway in Paris, aiming to agree an international framework for post-2020 emission reductions, consistent with limiting global temperature rise to 2°C. At the time of writing, 120 countries, plus the EU, covering around 90% of global emissions, have submitted their pledges (“Intended Nationally Determined Contributions” – INDCs). The EU has submitted its pledge of at least a 40% reduction against 1990 levels by 2030. At the same time, the UK has to legislate its 5th carbon budget (covering the period 2028-32) by June next year, and the Committee on Climate Change (CCC) will be providing its advice to Government on that budget by the end of this year.

What does the Paris process look like? What do the pledges add up to? What are the implications of the EU pledge for the UK? What is the cost-effective path for the UK on track to its 80% reduction target? What are the other factors that will feed into development of the CCC advice for the 5th carbon budget? These are the issues that Matthew Bell, Chief Executive of the CCC will address in his talk.

Matthew Bell, Chief Executive at the Committee on Climate Change 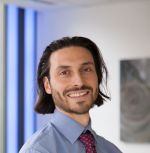 Matthew Bell was appointed Chief Executive of the Committee on Climate Change (CCC) in November 2014.  The CCC is an independent, statutory body established under the Climate Change Act 2008.  Its purpose is to advise the UK Government and Devolved Administrations on emissions targets and report to Parliament on progress made in reducing greenhouse gas emissions and preparing for climate change.  Prior to his appointment, Matthew was a Director at Frontier Economics Limited where he led its Public Policy Practice.  He has widespread experience across all areas of public policy including policy relating to environment, industry, energy, transport, healthcare, agriculture and others.   He has a graduate degree in Economics and has worked advising governments in over 25 countries on all continents.