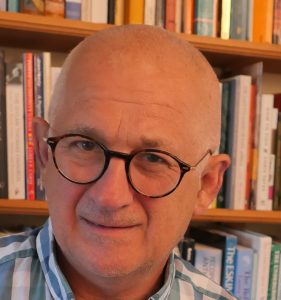 Peter Stewart runs Resource Economist Ltd, a training consultancy that focusses on the evolving skills and workforce implications of the energy transition. His blog for the BIEE focuses on the skills needed by energy sector as it moves from coal, oil and gas to low carbon alternatives. Peter has been on the BIEE Council since 2014 and hosted a panel discussion on energy sector skills at the BIEE’s 12th Oxford Research Conference with panellists from BP, Centrica Innovation, the Energy & Utility Skills Partnership, and the Energy Institute.

The UK energy landscape is changing rapidly, and so too are the people who work there.

The UK energy workforce has already been transformed by the advent of new technologies in oil and gas production. As the fossil fuel juggernaut grinds to a halt, or at least slows down, the pace of change looks set to increase as renewables and alternative fuels for heat and power generation become the dominant part of the energy mix.

The UK is rightly focussed on the development of STEM skills – scientific, technical, engineering and mathematics – in the energy workforce, as these will be critical for the new energy landscape. But as fossil fuels gradually give way to emerging new technologies for heating and cooling, mobility and manufacturing, the skills needed to drive the sector will become ever more diverse.

I believe that the value of hiring and training creative graduates has been underestimated by the industry. To deliver on the promises of a low carbon future, companies and the government will need people with creativity, vision and enterprise as well as technical and commercial expertise. As the future is uncertain, flexibility and the ability to adapt to new challenges will be at a premium. Lifelong learning will become the norm.

There is a burning need for initiatives to help the workforce meet the challenges that lie ahead, not just the engineering challenges but societal and communal issues around equity, ownership, safety, transparency and communication. Until the last decade, the record of the fossil fuel companies has been pretty much universally abysmal in these areas, and this remains the case with all but a handful of the energy majors.

The problem is not at all that male engineers are bad communicators, or uncreative; but simply that mono-cultures do not attract people with a diversity of talents and mindsets. An analogy might be with the dynamism of big cities, where the buzz of multiple different groups and cultures working side by side becomes a catalyst for innovation.

The UK energy sector currently employs around 738,000 people, according to Energy UK in its 2020 report. The last year has seen wave after wave of redundancies, accelerated by the Covid-19 crisis, which drove oil prices to record lows, forcing fossil fuel companies to cut staff. Ironically, successive annual surveys of energy professionals by the Energy Institute have repeatedly identified the retirement of experienced staff – particularly in oil and gas – as the main threat to the supply of skilled labour in the sector. As unemployment soars around the world, thousands of coal, oil and gas workers are rethinking their futures, looking to re-skill and re-envision to meet the challenge of meeting future energy demand.

Despite job losses, many energy companies complain that they are finding it difficult to attract the expertise they need to manage production processes that use ever-more sophisticated technologies. Workforce diversity is a major issue. Although the UK power sector now has equal numbers of male and female staff, the fossil fuel sector remains skewed towards men; and even in power, gender equality becomes skewed in upper management.

Brexit has not helped. The oil and gas sector has among the most internationalised workforces of any industry and is struggling to attract highly qualified graduates and postgraduates because of competition from other sectors. The loss of access to EU workers, and to shared scientific platforms, that may result from Brexit could be a major headache for the industry.

As the energy sector makes the transition from centralised to distributed power systems, companies face specific skill shortages as well as a general difficulty in making the sector attractive to young people. The frequent portrayal in the press of large utilities as ‘robber barons’, and the perception that oil and gas companies damage the environment, are among several significant barriers to attracting talent. The boom-bust history of oil and gas has created an image that the sector is not a secure employer, and the potential threat to jobs from large-scale automation has fuelled feelings that jobs will be at risk.

The energy sector suffers from the same shortage of STEM graduates as other business sectors in the UK. Specific skill deficits are emerging, however, because of the rapid deployment of new technology in the oil and gas sector and the growth of smart systems in power generation and distribution. The gaps are not always obvious. Just as North Sea divers saw their pay cheques spiral in the 1970s and early 1980s after the discovery of North Sea oil, drone pilots’ pay has sky-rocketed in recent years because drones are increasingly being used to inspect assets such as pipelines, power plants and rigs. Inspecting assets can be dangerous and expensive because workers are exposed to changing weather conditions and the assets must typically be shut down while their condition is assessed.

Other sectors facing critical skills shortages include cybersecurity, Al and data analytics. The rollout of smart meters in UK homes is just the start of a wave of new technologies that will allow industrial, commercial and residential consumers to buy energy more flexibly. The Internet of Things is already having an impact on energy-intensive processes in industry and manufacturing. New technologies that use the Internet to optimise energy use, and that allow consumers to control their own energy use more flexibly, have become a dynamic growth area for start-up businesses. As one delegate at a BIEE conference told me, “the grid edge” is the hottest area in energy today.

Much has been written about the disruptive nature of technological change in the power sector. The degree to which companies will have to transform their structures and business models in response to this change has been less discussed. However, the revolution in the function and operation of corporations may be the single biggest change in the transition to a hyper-smart power economy.

Traditionally, national energy systems – whether for the delivery of power or fuels – have involved centralised organisations, often national monopolies or oligopolies. Their output is then transmitted to distribution centres and on to end-users through a supply chain that is planned centrally, either at the headquarters level or through tiers of delegated control. Until recently, such companies were typically vertically integrated and hierarchically structured.

The emergence of smart systems, higher levels of automation and a switch from centralised to distributed models of power supply and demand will have a profound effect on such companies. ‘Blockchain’ technologies and smart grids will allow companies to contract for power supply directly with each other. Indeed, it is not only companies that will have this ability. Neighbourhoods and even individual households will be able to exchange the power they generate on their own terms, possibly even using their own currencies or other means of exchange. Demand-side management systems, which enable customers to negotiate with multiple suppliers on the detailed profile of their energy use, will require a new mindset from those prevailing in the traditional process-led and hierarchical organisations that have dominated the industry.

Dizzying technological change will necessitate that companies also transform themselves. This new complexity will redefine the skills required by the workforce.

Getting the Skills Mix Right

Faced with the prospect of rapid, disruptive change, the rapidly evolving UK energy sector will need staff with flexible skills and a life-long learning approach. STEM graduates have been in short supply and will always be in demand, but the need for talented communicators and graduates with creative skills has been largely ignored by energy companies.

I see two main challenges in meeting the needs of the energy workforce in the next decade:

The first challenge is to get new talent into the industry. The energy workforce – not only in the UK but around the world – lacks diversity, and that makes it unattractive for women and young people to join. It also lacks in ethnic diversity, although the record has improved. The stereotype that the industry is dominated by white middle aged male engineers is not quite accurate, but it is also not that far off the mark. That has to change.

The engineering focus also needs to evolve. Demand for STEM skills is high, but as the architecture of the energy industry changes, so too will be the need for creativity and communication, for people with the ability to engage with communities and to co-create visionary solutions.

The second is not to lose the experience of those who have been in the industry for decades. This will involve re-skilling the workforce.

It is difficult for people outside the energy sector to grasp the scale of the industry. As the world population increases from 7.5 billion to potentially around 10 billion people by 2050, the challenge is not only to deliver energy in new ways, but to deliver it on a huge scale.

The thousands of UK oil and gas workers looking for new jobs have a reservoir of expertise and experience in delivering energy at scale. This should not be abandoned as we make the switch to a low carbon future. It is valuable to meet the UK’s energy needs but can also establish the UK as a global leader in low carbon energy at scale.