The theme of this year’s Energy & Climate Seminar Series will be “Room for Debate: Tackling the Tough Issues in Decarbonisation”. The four seminars (February, April, June and November) will focus on a current controversial topic related to energy and climate change. The seminars will feature speaker presentations as well as an opportunity for audience members to participate in Q&A and contribute to the discussion.

This is a variation on the traditional format for these seminars  and we welcome  participant feedback on this new format.

Carbon pricing is widely supported by economists and others as a market-based policy for achieving carbon emission reductions. However, recent protests in France among other things have shown the challenges of implementing carbon pricing in practice. Why is carbon pricing so important? What have been its successes and failures? How have investors responded? How can public opposition be overcome? Our speakers will provide their perspectives on the state of carbon pricing today and where they see it going forward.

Maria has over 11 years of experience researching and advising governments, international institutions, and the private sector on addressing climate change in the midst of rapid technological and societal change. Maria obtained her PhD at the London School of Economics in 2015, researching how different types of economies could realise growth by developing a sustainable economy. Prior to her PhD, she worked in the Carbon Markets team at New Energy Finance (prior to its acquisition by Bloomberg). Since her PhD, Maria has worked as a policy analyst at the Grantham Research Institute on Climate Change and the Environment, addressing climate policy issues within the European Union, UK, and North America. In January 2019, she joined the South Pole Group as a Senior Policy Consultant on Carbon Pricing and Climate Policy. 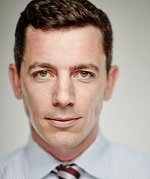 Dan is a Partner at Peak Carbon, a fund manager founded in 2018 and focussed on clean energy investments which aid the transition towards a low carbon global economy and mitigate climate change. Prior to establishing Peak Carbon, from 2012 until 2018, he was Global Commodity Head at BP, where he conceived, implemented and managed the creation of the Global Environmental Products division. His team included over 20 front office employees across offices in US, Europe and Asia. In 2017, the team he led at BP was independently benchmarked by management consultancy Oliver Wyman as the leader in their sector and the Energy Risk trade organization named his team ‘Carbon Trading Bench of the Year’.

Prior to BP, Mr. Barry worked at the Russian gas major Gazprom, as Global Head of Clean Energy, and he began his career at Goldman Sachs in their Equity Research group in London before moving to China working as Director of International Finance at Arreon Carbon throughout Asia.

Dan received his undergraduate and postgraduate degrees from Cambridge University as well as attended the university’s Judge Business School. He has also served as board member of the International Emissions Trading Association (IETA).