Natural Gas – At a Crossroads

With the Conference of Parties taking place in Paris towards the end of this year, global attention turns once again to what multi-lateral action should be taken to address rising emissions.  The role of energy will be closely scrutinised, with no doubt pressure being bought by many parties to reduce the role of fossil fuels.  However, a balance has to be met between agreeing to binding targets and providing affordable and reliable energy for economic development.  From that perspective, the role gas plays will be critical – many see it as a bridging fuel, a fuel to be used as fully decarbonised systems are developed.  Others see it as a destination fuel, one that must form the backbone of any future energy system.  In addition, the seminar will also feature, as is customary, the annual UK winter gas outlook. 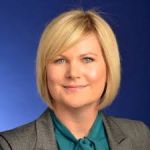 Emma is an upstream specialist with a background in reservoir engineering.  She has nearly 20 years of international experience within the oil and gas sector, and financial services. Emma is responsible for growing KPMG’s Upstream Advisory Practice focusing on transactions, corporate finance, debt advisory, disputes and strategy.  Prior to KPMG, her industry experience comes from various senior technical and commercial roles at Santos, RISC and HBOS.  Emma graduated from the University of Adelaide with an honors degree in Chemical Engineering, and has and has lived and worked in the U.K, Australia, and the U.S.A. 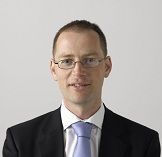 Robin Smale is an economist who focuses on business and government strategy in resource-based sectors and infrastructure. He specialises in the market-state interface, especially resources management, regulation and behaviour. His main interests are energy, energy-intensive industries, water, fisheries and climate change, to which he applies core expertise in infrastructure regulation, resources management, competition and competitiveness, the behaviour of firms and individuals, and handling risk.

Over the last two decades, he has worked with a large number of companies and government departments across a great range of problems. His commercial clients include firms in the following sectors: oil and gas, power, water, waste, chemicals, paper, glass, rail, aviation, shipping, technology and food. His public clients include national governments, government agencies and regulators, as well as private equity, banks, infrastructure funds, strategic advisory and legal services firms. 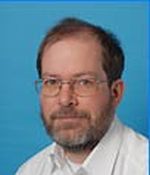 Simon Durk is manager of the Gas Supply team in National Grid. The team is responsible for the creation of long term scenarios for UK gas supply for use in National Grid’s planning purposes as published in the Future Energy Scenarios document and for forecasts of gas supply for the coming season. Simon has been involved in a number of gas and electricity demand and supply forecasting roles within National Grid,  and holds a BSc in Chemistry from UCL and a MSc in Operational Research from LSE.

Attendees should come to the Tower Reception in the Shell Centre ( entrance opposite the London Eye) with their regisration confirmation. Photo ID will be required by Shell reception to gain admission to this meeting. The meeting will be held in the Ivory room
Registration is from 14.00 , the meeting starts  at 14.15  and finishes at 17.30. Refreshments will be served after the meeting.