The Future for Coal in a Low Carbon World

Coal’s share of world electricity generation has been around 40% for the last thirty years.  None of gas, oil, nuclear or renewables are over 20%.  Coal is still the cheapest form of large‑scale electricity generation in most places, if the cost of carbon emissions is not taken into account.  Also world coal consumption has increased almost every year for at least the last two centuries.

However, coal position is now being seriously challenged.  Coal emits more CO2 per unit of electricity than any other form of power generation.  The campaign to disinvest from fossil fuel companies has been more successful at persuading investors to move away from coal than it has been for oil or gas.  Coal consumption has peaked in many countries, including the USA and China.  India plans to double its consumption in less than a decade but solar PV may be lower cost than coal for a rural village not connected to the grid.

The coal industry has responded by pointing out that the only known commercial technology for producing new steel requires coking coal.  It also argues that the easiest and quickest way of reducing carbon emissions is to upgrade inefficient power stations or replace them with high efficiency low emission stations.   The IEA and others say that using carbon capture and storage (CCS) will enable the world to reduce carbon emissions more easily and at a lower cost, but governments have been very slow to offer much help to CCS, except in Canada where a commercial scale CCS has been in operation since 2014, but the costs of repeat CCS plants are uncertain.

The presentation will cover all of the above issues in detail in order to provoke an informed discussion. 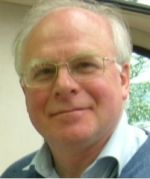 Hugh Lee  has over forty years experience in the international coal industry.  From 1976 to 1984, he led the worldwide work on coal supply, transport and trade for the International Energy Agency (IEA) Coal Research office.  Then he was Deputy Head of British Coal’s Strategic Planning Unit, where his responsibilities included assessing the competition from gas and imported coal during the time when the electricity and coal industries in Britain were being privatised.  In 1991, he joined the WEFA Group (now IHS Global Insight) to manage and develop their international coal and electricity consultancy work.  Since 1996, he has been an independent energy consultant in the coal and electricity industries worldwide, specialising in forecasting coal prices in the short and long term.  Hugh is also Chairman of Ebico Ltd, the not-for-profit energy supplier whose purpose is to help the fuel poor.  He has been a speaker and a lecturer at many international coal and energy conferences and courses, and he directs the well-respected Coaltrans courses on negotiating international coal supply contracts and transport logistics, now in their fifteenth year.  Hugh has master’s degrees in mathematics, theology and operational research from Cambridge and Brunel Universities.